Ubolratana Dam’s water crisis: an intricate matter that requires collaboration from all

Institute of Water Resources and Environment of Khon Kaen University in collaboration with Electricity Generating Authority of Thailand investigate water collecting capacity of Ubolratana Dam to and involve all level-participations for the water management matter. On October 3, 2019, at a meeting hall of Ubolratana Municipality Office, Khon Kaen’s Ubolratana District, representatives from KKU’s Institute of Water Resources and Environment and Electricity Generating Authority of Thailand joined together in discussing measures for water management. The event was chaired by Mr. Panthong Sakoophan, a deputy of Khon Kaen governor, and the objectives of the meeting were reported by Mr. Phipat Kongsinthawee, a director of Electricity Generating Plant of the Northeastern Region. The project is under the supervision of Asst. Prof. Dr. Wichian Pleumkamon. There were about 160 people who were presenters of the local administration offices and the water users. According to Mr. Phipat Kongsinthawee, a director of Electricity Generating Plant of the Northeastern Region, Ubolratatna Dam was constructed on 1964 and finished in 1965. The dam stretches across large areas of Ubolratana District of Khon Kaen and Nonsung District of Nongbua Lamphu Province. The dam collects water from The Pong River which is a branch of The Shi River. The water from dam Ubonratana Dam is a used mainly for electricity and agricultural purposes. Due to its scenic view and environment, tourism and service industry around the dam vicinities is also boosted.

During the past 50 years, Ubolratana Dam has caused distress due to the problems relating flooding and drought. In the occasion when there is tremendous influx of water from the areas above the dam, massive amount of water has to be drained down to rivers such as Pong, Shi, and Moon, to maintain the water at a level that is safe for the dam. This draining cause flooding on the lower areas along the banks of these the three rivers. On the other hand, when the dam cannot provide enough water for agriculture and general consumption.

The challenge of water management at Ubolratana Dam is the inability to plan a yearly water management as a result of the imbalance between the dam’s water holding capacity and the unpredictable water influx. The best things that could be done under this situation is an impromptu action in accordance with the water influx. This situation was a cause of Khon Kaen major flooding in 2017. The reduce the severity of similar problem in the future, an agriculture and cooperative minister at that time ruled out a policy for the more effective water management in Ubolratana Dam.

Asst. Prof. Dr. Wichian Pleumkamon, the head of the project, said his project was aimed to investigate the water storage capacity of Ubolratana Dam which should help reduce devastation due to flooding and drought problems for the areas below and above the dam. The environmental impact of the project would be observed around the Pong River’s lower areas including some part of Mahasarakham Province. SWAT model was used to predict the water flowing in the dam and WEAP model was used for testing the water balance in the project area.  HEC-RAS 2D was used to model the flooding. The maximum flooding possibility was also calculated via this project.

There were people representatives from both the public and the private sectors took part in the meeting. The ideas from the meeting should provide an outline of the best measures to be taken against the issues of dam water. The next step was for the researcher team to investigate more information such as data about climate condition, rainfalls, economy, environment and level of water, which would be holistically analyzed to gauge a proper way for water management in Ubolratana Dam.

Mr. Panthong Sakoophan, a deputy of Khon Kaen governor, asked important question on how to provide adequate water for the need of the people and proposed a solution to water management problems. Mr. Panthong would like the team to do experiment in trying to redirect water from the Khong River to Nam Man river in Loei Province and to Lumpaniang River in Nong Bualumpho Province via a pipe system. The waters from these two rivers run down to Ubolratana Dam. Then the water can be stored at the dam before being distributed to the farmers. When there is high influx volume, the water should be collected at a water sparing sites above the dam, better known as Gamling—literally means a monkey’s cheeks which is coined by Late King Bhumibol as a part of his initiative in flood prevention theory, before releasing them down to the dam in dry season. Additionally, it is suggested that swamps are made in the paddy fields to store water discharged from the dam. The water problems need collaboration from all parties to help brainstorm the most appropriate ways out. Thailand is a farming community, many people will be affected if the water crisis remained unsolved.

The meeting aims to study the measures for water management in Ubolratana Dam to ensure sufficiency in water supply for both agricultural and household consumption and to eradicate problems relating to flood and drought in the areas above and below the dam. The key success to water management relies on the help from all public sectors. 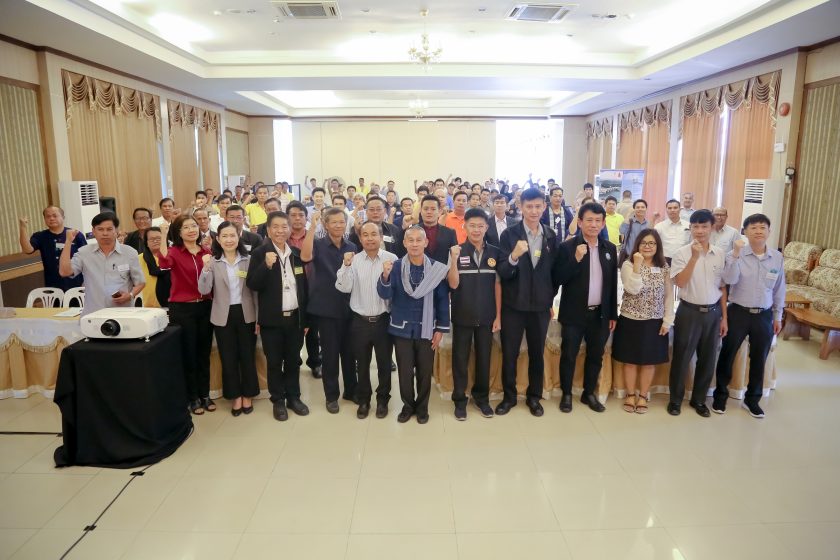 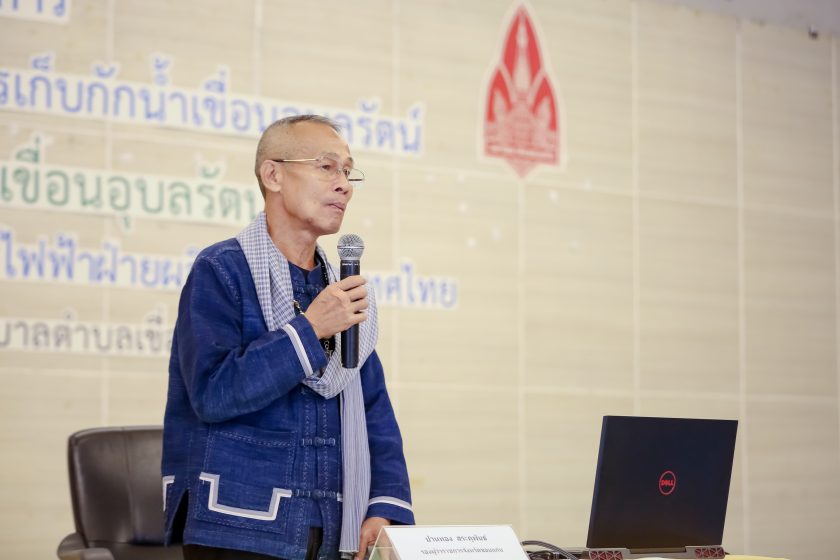 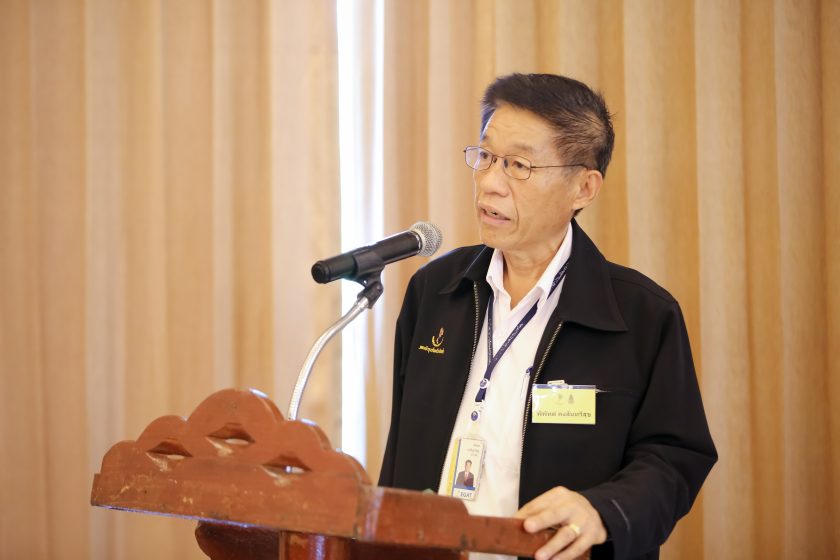 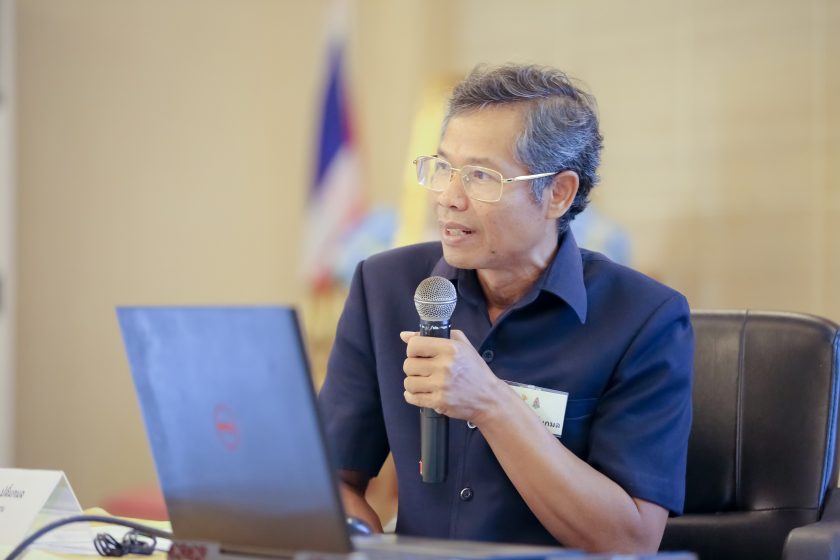 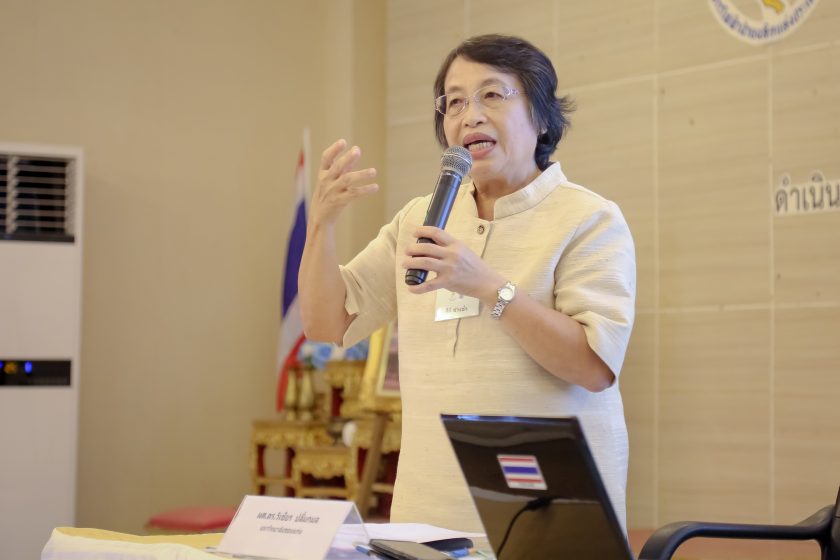 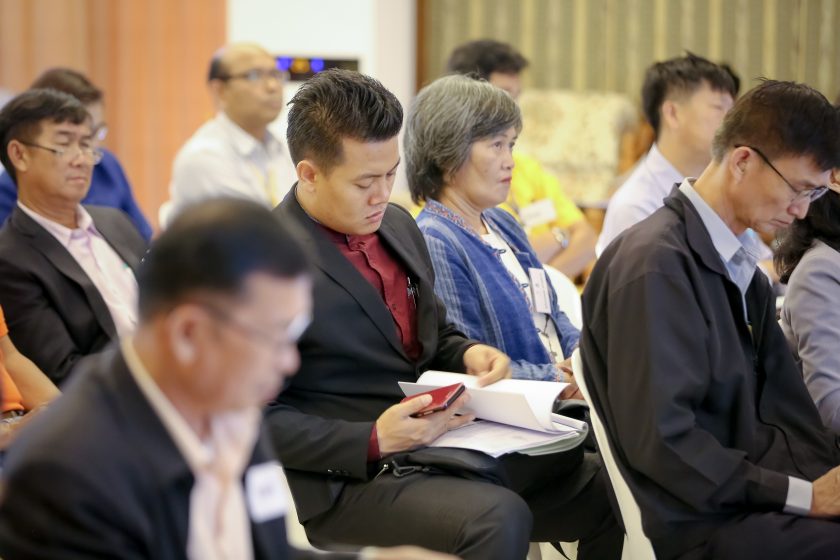 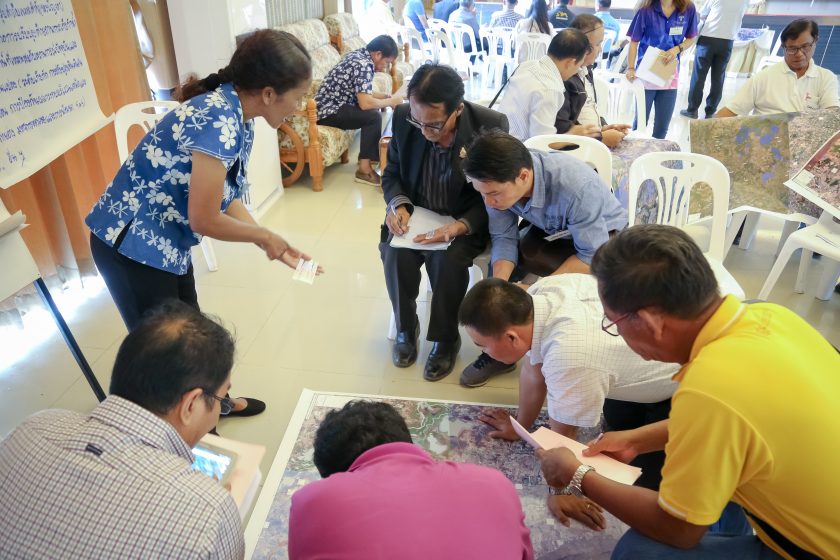 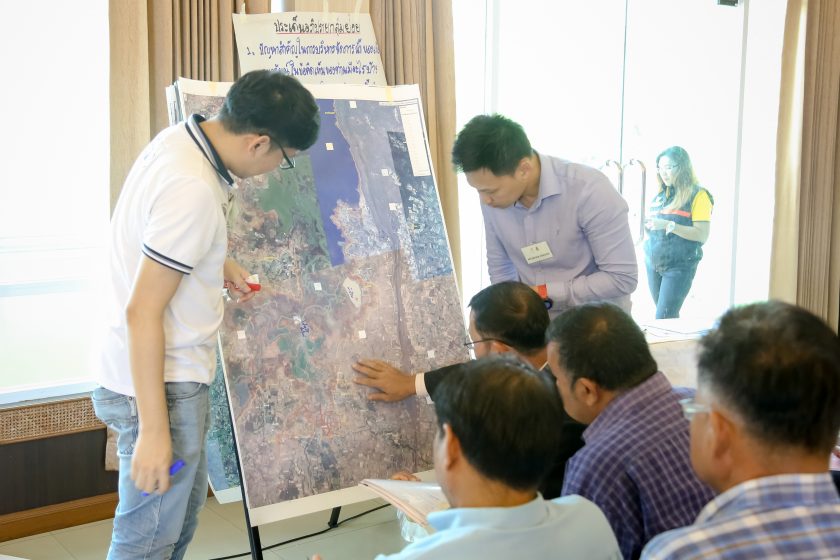 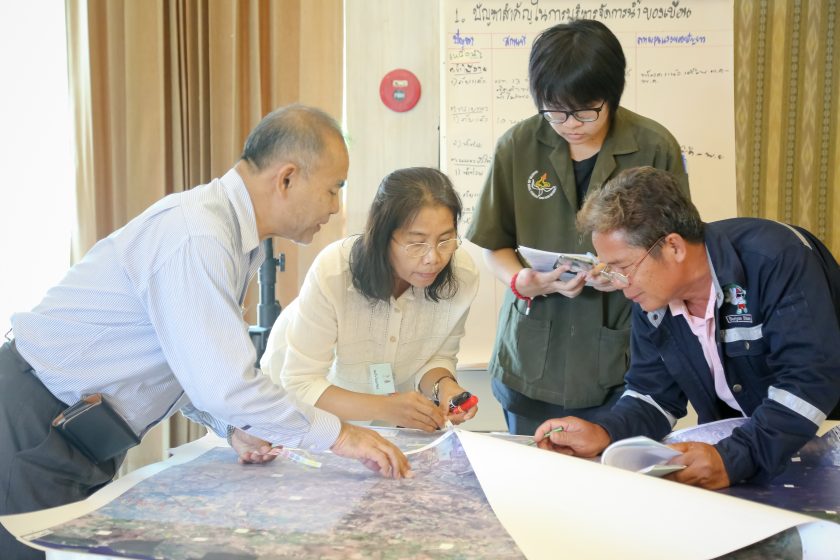 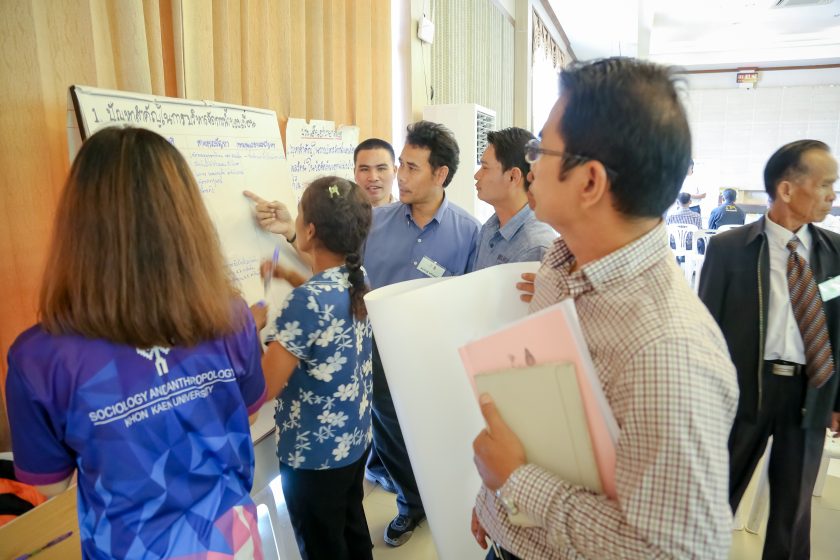 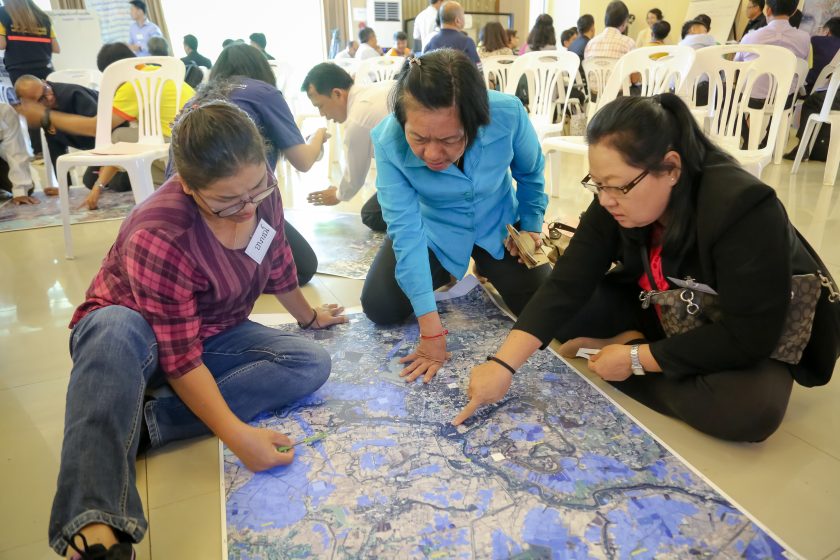 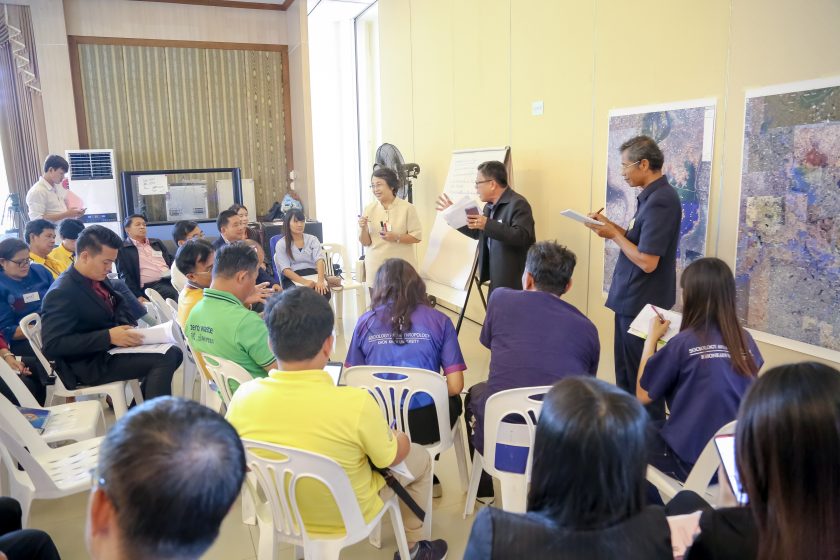 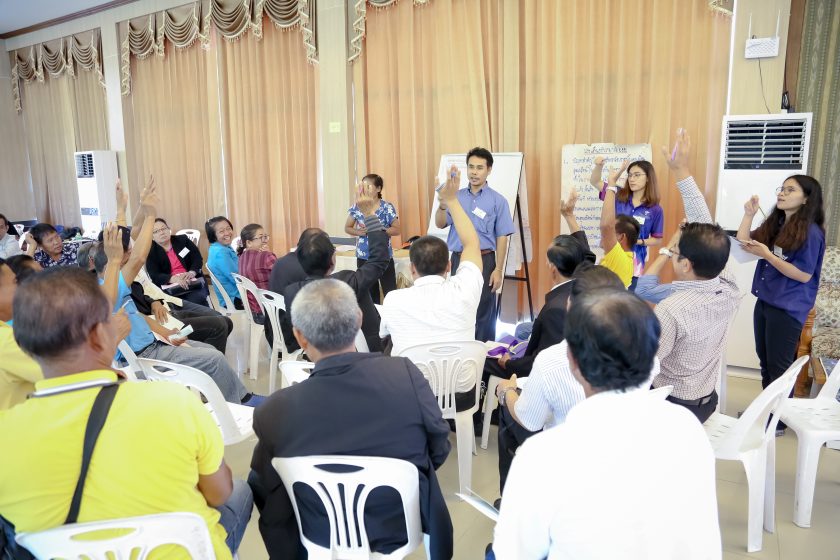 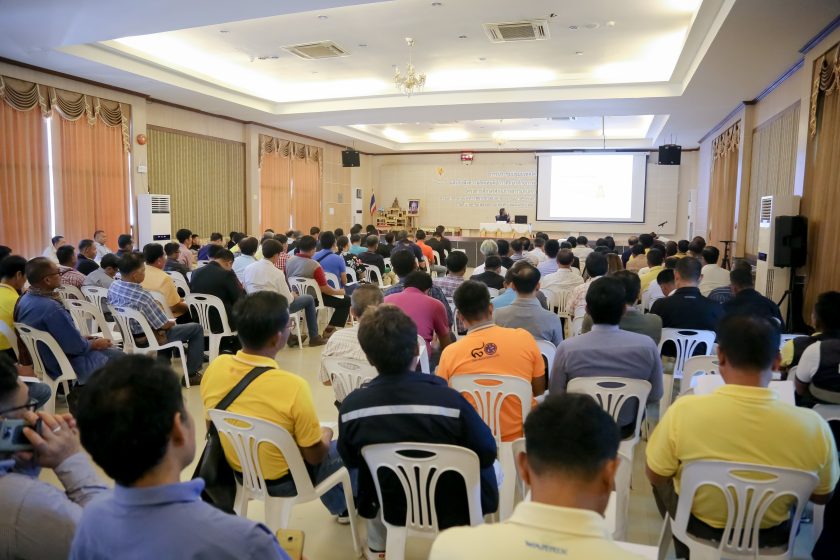